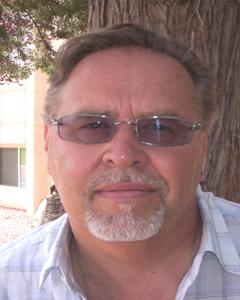 The season of Lent has always been for me a curious time of mixed emotions and beliefs, going back to my upbringing in the Independent Bible Baptist Churches.  The concept of this holiday, with its focus on sacrifice, death, victory and ultimately eternal life, mixes the historical with the fantastic.

A large part of the teaching of my youth was the assertion that in order to win converts to Christianity, early religious leaders had taken their belief in Jesus’ literal death and resurrection and placed it on the calendar where the pagan rites of spring were already being celebrated.  This was done in an effort to be relevant to the cultures into which the early Christian missions were destined.

Thus, there was the warning from our church that while the virgin birth and the resurrection—two of the great mysteries of the Christian faith and of the historical figure of Jesus—were to be seen as literal events, we could not know for certain at what times of the year they had actually occurred.

Jesus’ birth as a human, death from human violence, then proof of his immortality through a miraculous resurrection, seemed to still be coated like sweet Easter candies in order to appear more palatable to the pagan revelers.  It seemed as bizarre as an all-knowing white-bearded man (also, apparently, immortal) who drove flying reindeer through the night skies—or as odd as an elusive, seasonal, egg-laying rabbit.

But like so many confusing and conflicting concepts we are exposed to as we mature, the God of my adult life has been revealed to me in far different ways than I was taught—or could have imagined. Perhaps, in the end, I am content to believe that it’s more meaningful for me, like the writer of II Corinthians, to “walk by faith, not by sight.”

For me, and for those who have come and gone during my time, I believe that there is something beyond this life, and maybe a part of that “something” involves all the answers becoming clear in God’s own time.

I have seen more than enough evidence of God’s resurrection power in my own life.  As I anticipate another celebration of this season, I find peace in knowing that resurrection is here and now, offering us all the opportunity to take what was broken and make it whole, what seemed dead to live again.

That is, to me, the lasting legacy of the resurrection.  I pray that it may be yours as well.

A Pastoral Response to This Week’s Politics